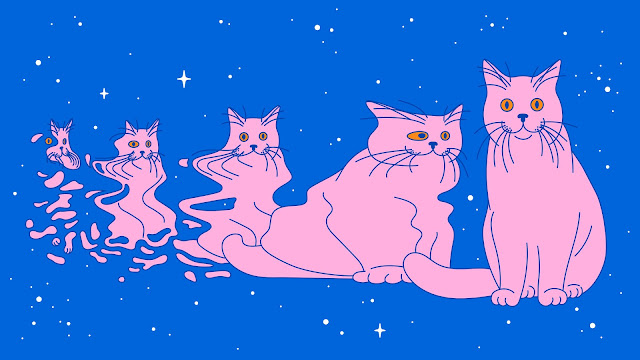 Until recently, Schrödinger's cat was alive and dead simultaneously, a paradox of quantum mechanics that exemplified a behaviour of matter inexplicable to our mentality, shaped at best by pre-Einstein science.

We interpret the world as if we were nineteenth-century citizens and there are still millions of people who deny Darwin's evolutionism despite the fact that they all probably use mobile phones and travel by plane. We are naive users of a technology that we know almost nothing about.

For example, IBM already manufactures quantum computers and one of them is operating in Spain without us even knowing about it. Quantum computers work like the cat in the example: instead of having excluding states (a bit is zero or one, positive or negative, and this fundamental principle organizes the whole digital structure) they can be indistinctly in one state in another because quantum bits do not behave continuous but discreetly, in unpredictable and immediate jumps as happens to the cat that does not go from being alive to being progressively dead but so quickly that there is no transition but simultaneity, resolved in function of the observer.

On the other hand, things are not as we see them but precisely because we see them: they do not exist outside the gaze or consciousness. Even more complicated: a recent experiment suggests that this quantum leap can be predicted and even reversed. Too abstruse. Science escapes us, that's why we continue to cling to poetic truth. As Roberto Carlos said, the cat is simply sad and blue.